Buying a gemstone is often a very different experience than buying a diamond. Gemstones are bought based on favorite colors, wardrobe matches, personality, and fashion trends. While gemstones are judged using the 4Cs, just as diamonds do, each is judged separately. For example, a sapphire is compared to another sapphire, but wouldn't be compared to an emerald or aquamarine. Choose your gemstone jewelry based on your personal preferences.

We sell a number of different shaped gemstone jewelry. Some of our most popular shapes include round, marquise, oval, pear, princess, and baguette.

Gems are cut in a variety of different ways. Transparent stones will often be cut with facets. Unlike diamonds, the facets are planned to maximize the color. Other stones like jade, opal, and onyx will be cut into a smooth domed shape known as a cabochon, while other stones like cameos are intricately carved. 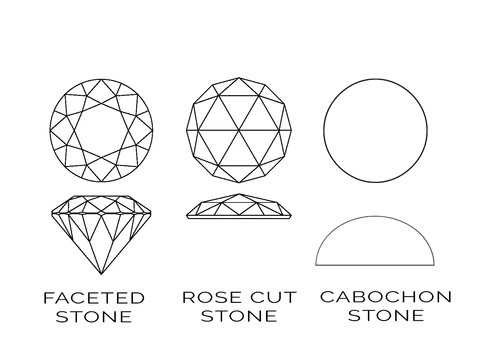 Gemstone color is different from judging the color of a diamond. Every gemstone has a range of color that runs from light to dark and more vivid to less vivid, with a small range of color considered preferable. All of the families of color are represented by gems of different types. Explore the types of gemstones we carry below. 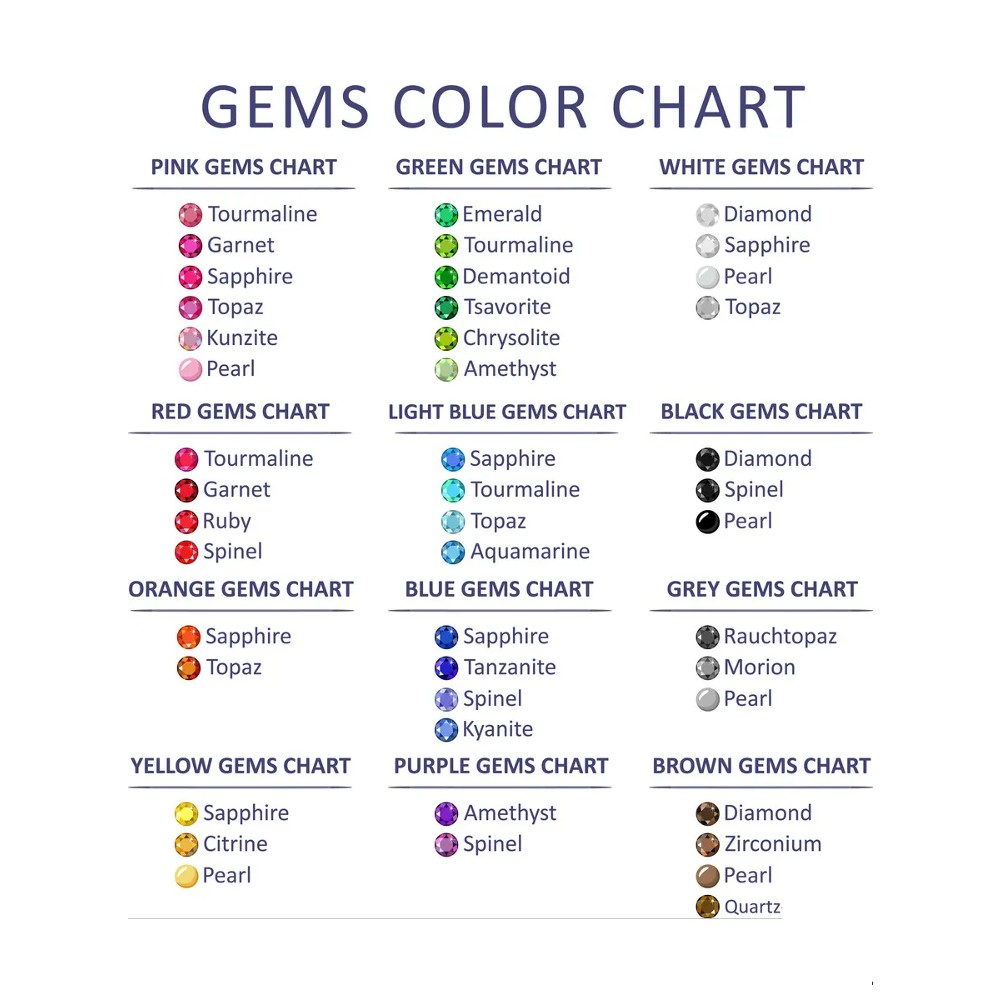 Like diamonds, gemstones are measured using carats. A carat is equivalent to .2 grams or .007 of an ounce. Unlike diamonds, each gemstone has a different density which greatly contributes to the weight of the stone.

We take pride in offering great value and quality. In order for us to offer this value, it is necessary to buy and sell diamonds in weight ranges. To help assist you in understanding these ranges, we have provided the following chart of size tolerances.

Enhancement: Any treatment process other than cutting and polishing that improves the appearance (color/clarity/phenomena), durability, or availability of a gemstone.

N: The "N" symbol appears on the chart only for natural stones which are not currently known to be enhanced; however, the "N" symbol can also be used for other natural gemstones in the event that a gemstone has received no enhancement and the seller will provide a guarantee that there has been none.

E: The "E" symbol indicates that a gemstone has undergone its traditional enhancement process.